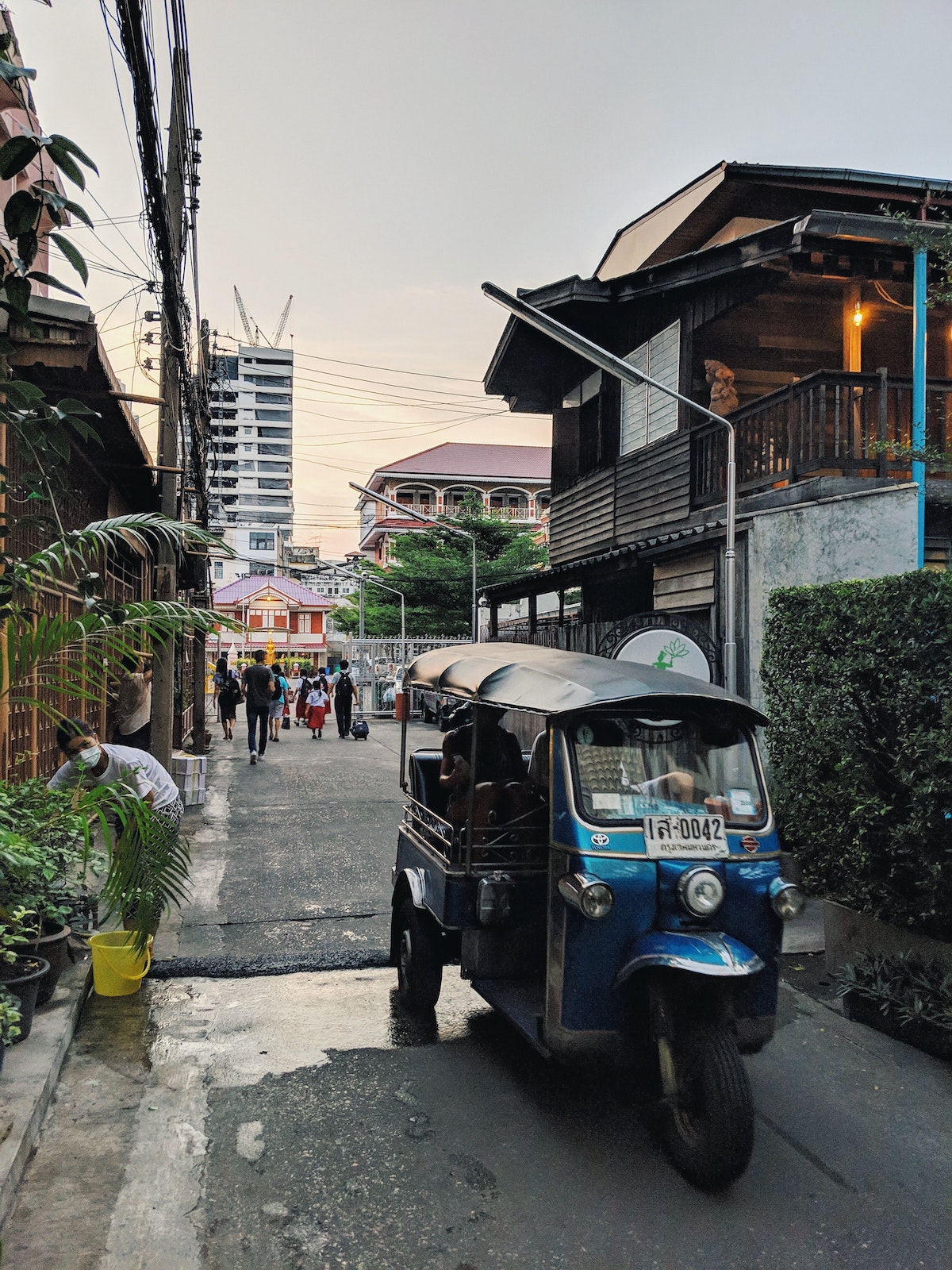 Chiang Mai has long been considered a kind of mecca for digital nomads across the world. Well before this status was broadcast to the world by Forbes in 2016, digital professionals and location independent entrepreneurs were flocking to the mountainous northern city of Thailand to settle down and get to work.

What is it about Chiang Mai that attracts so many digital professionals?

Of course, there is the allure of the city itself. You’ve probably heard it before: the charming Old City with its temple ruins and local handicrafts; the bustling Night Bazaar near the river; the trendy Nimman area with narrow lanes of cafes and boutiques; the ever-present mountains to the west and lush green nature just outside town. We’ll spare you the travel brochure—it’s all true. Thailand is a kingdom of wonders.

But why are digital nomads in particular so drawn to Chiang Mai?

We’ve narrowed it down to the 3 main reasons (below) and then added 17 more for roundness.

Chiang Mai is famous for its low cost of living. Some expats claim to get by on less than $500 USD per month. Although prices have gradually inched upwards as more tourists flock to the city, it is still true in 2020 that Chiang Mai is among the cheapest places in the world to live and maintain a high quality of life.

For example, on the low end, you can lease a small furnished studio apartment close to the city center for around $125 USD per month. As you get into the mid-range of $200 to $300, you are looking at nicer one-bedroom flats with a kitchenette, perhaps a balcony, and a more modern look. In the $400 to $600 range, you can afford modern fully-furnished one-bedrooms in nice apartment buildings with pools and fitness centers.

Food is also very cheap. At markets and street-food stalls, you can pick up Khao Soi and other local favorites for $1.50. At Thai restaurants, dishes generally cost under $3. For western fare, you are looking somewhere between $4 and $7. Even gourmet cuisine is cheap by comparison, with prices resembling those found on menus at restaurants back home.

There is a concept in finance and lifestyle design called geoarbitrage, which is when you relocate to a new country or city in order to take advantage of the lower cost of living.

It almost sounds sketchy when you say it (“relocate … to take advantage of”), and digital nomads certainly take some flak from other groups of expats for exploiting tourist visas and not paying taxes. However, if you can find a legal path to employment and tax residency in Thailand, the truth is that you are contributing a lot to the Thai system through tax and social security payments — far less than you would be paying back home, but more than the vast majority of Thai citizens actually.

Chiang Mai presents a unique opportunity for geoarbitrage, especially for entrepreneurs and remote workers. Living expenses are cut nearly in half while your effective tax rate remains low, which means you are able to save a lot more.

If you are bootstrapping an online business or offer digital services, Chiang Mai offers an additional source of value — its community of talented digital professionals.

While the trendy Nimman area is the center of digital nomad activity, there are dozens of coworking spaces throughout the city where you can meet other remote professionals and entrepreneurs, participate in workshops and networking events, and cowork in a supportive environment.

Punspace, the leading coworking space in Chiang Mai, serves as de facto headquarters for the digital nomad crowd in Nimman. Established in 2013, they have since expanded to three locations throughout the city, opened a new coliving complex, and hosted events for Amazon, BBC, and Fiverr. During work hours in high season, you are sure to find a mix of developers, dropshippers, SEOs, designers, digital marketers, founders, venture capitalists and more with their heads down working.

The digital crowd sometimes gets a bad rap in Thailand (mainly in expat forums), but I’ve found them on the whole to be nice, approachable, and pretty sharp. If there is an aspect of your business where you need help, advice is easy to find whether in person or by posting in one of the numerous Facebook groups for digital nomads or online-based communities like Dynamite Circle. You can meet future advisors, partners, and collaborators. These community resources can also be tremendously helpful in helping you keep up to date with the latest news in Thailand as well as local digital/tech-related news and events like the annual Nomad Summit.

Usually immigration is dreaded in Thailand, but fortunately there are local companies like Shelter who can vet your credentials and help you get a Business Visa and Digital Work Permit. Shelter’s mission is to make it easy for remote professionals to live and provide digital services in Thailand legally. With Shelter, you can simply relocate to the Kingdom and do your business through us as the employer of record. We employ you or your team and take care of all documentation, immigration, invoicing, payroll, tax, and health insurance for you, leaving you to focus on your work.

Finally, the major reason so many are attracted to Chiang Mai is the sheer ease of living on a day-to-day basis. The same cannot be said of metropolitan Bangkok, where for many the pace of life is not compatible with relaxed and focused work.

The national character in northern Thailand is somewhat different than it is in the south, in large part because they used to be separate kingdoms, Siam in the south and Lanna in the north. Bangkok was the aristocratic and political center of the powerful and already industrial Siam, while the rural Lanna Kingdom remained an independent tributary state, with Chiang Mai as its capital.

Ultimately Siam took the shape we recognize today as Thailand by integrating or appropriating tributary kingdoms to the north, south, and east under the same flag, although each retained a sense of their cultural identity. The hill tribes in the outskirts and mountains of Chiang Mai belong to groups who still haven’t been fully integrated into the Siamese Thai system that took shape in the twentieth century.

If you ask a Chiang Mai native how northern Thais differ from southerners, they will likely say that they are more “sabai sabai” (relaxed or chilled out). This sabai-sabai attitude can also be seen in the mode of life of Chiang Mai itself, which is slower and, thankfully, more tailored to everyday convenience.

Much has been written describing the ease of day-to-day life in Chiang Mai, so let’s stick to 17 relevant highlights.

Are you a digital professional? Do you want to learn more about how you can relocate to Thailand with Shelter?

Get in touch with us today.